Back to conference homepage 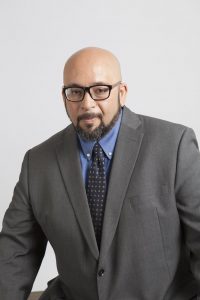 Luis E. Torres, MA, SDA, SAS
Luis E. Torres currently serves as Principal of public school (PS) 55 in the Bronx. After serving in the U.S. Navy including during “Operation Desert Storm/Shield,” Torres completed an A.S. (Biology) degree from Hostos Community College. He then completed a B.S. (Psychology) from City College, MA in teaching from Mercy College, and an MA in administration from Hunter College. After over 9 years of college, Mr. Torres entered and completed the New York City Leadership Academy, upon which he was given the responsibility of leading PS 55. He is now in his 14th year.

For Luis Eladio Torres, the road to the Principal’s office was as unexpected as a change-up pitch. Responsible for turning PS 55, once the lowest performing school in New York City located in District 9 in the center of the Morrisania housing projects in the Bronx, into a model school, he humbly says “My predecessor put things in place. I’m just taking it to the next level.” The Puerto Rican has a unique connection with this community because he is a product of the NYC public school system as well as the Bronx. He has three children and is married to Joan Torres. Two of his children attend/ed district schools. His father, an apartment building superintendent and a community organizer, raised Mr. Torres to be a leader in the community and to give back.

And give back, he does: Torres has raised hundreds of thousands of dollars for the school, acting as the school’s spokesperson/publicist/cheerleader. Mr. Torres is responsible for a new computer funded by the Department of Education, and a new indoor Aeroponic Garden funded through a grant from the Bronx Green Machine, and his newest initiatives include in a “Caferary” (cafeteria combined with a library), and hip hop studio, along with annual clothing and backpack drives among his many student-centered activities. His ability to raise funds has also enabled him to increase mental and physical health supports for his students; he hired a mental health coordinator and the school now a psychologist and dentist. Students attend a Montefiore Medical Center health clinic that received a $250,000 upgrade. Addressing the needs of his students necessitates addressing their families and the broader community as well. Says Mr. Torres, “If the conditions at home are not supportive of what we are trying to do at the school, it makes a difference … If you want to change the school you have to change the community because the kids have to go home at the end of the day.”

Chris Kjolhede, MD, MPH
Chris Kjolhede, MD, MPH is an Attending Pediatrician and Research Scientist at Bassett Healthcare Network in Cooperstown, NY. He received his medical degree from Michigan State University, and his Masters in Public Health degree from Johns Hopkins University in Baltimore, MD. Dr. Kjolhede did his pediatric training at Strong Memorial Hospital in Rochester, New York. His career pursuit formerly included children’s health and nutrition in foreign countries and research studies in micronutrient deficiencies. Upon moving to rural upstate New York, his initial research interest was on the relationship between maternal obesity and lactation success. He is currently focusing his research on the evaluation of school-based health care. His clinical practice in Cooperstown, NY, includes a primary care clinic with part-time hospital coverage and he is the Co-Director of a School-Based Health Program that has 20 school-based health centers in 16 school districts. Dr. Kjolhede is Vice-Chairman for the Institutional Review Board (IRB) at the Bassett Research Institute. He is certified by the American Board of Pediatrics, and is a Fellow of the American Academy of Pediatrics and a member of its Council on School Health. He serves on the Board of Directors for the New York School-Based Health Alliance and is a member of the National Alliance for School-Based Health. He is also an Associate Professor of Clinical Pediatrics for the College of Physicians and Surgeons, Columbia University, New York. 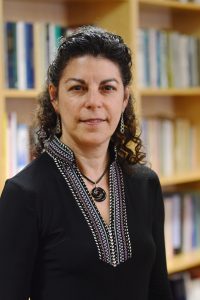 Melanie A. Gold, DO, DABMA, DMQ, FAAP
Dr. Melanie A. Gold is a Professor in the Department of Pediatrics, Division of Child and Adolescent Health, Section of Adolescent Medicine at Columbia University Irving Medical Center and a Professor in the Department of Population & Family Health at the Mailman School of Public Health, Columbia University. She is the Medical Director of New York-Presbyterian Hospital’s (NYP) seven School-Based Health Centers (SBHCs). Dr. Gold is an osteopathic physician, a pediatrician, and a board certified adolescent medicine sub-specialist. She is a Diplomat of the American Board of Medical Acupuncture since 2014. Dr. Gold is also an elected member of the Executive Committee of the Section on Integrative Medicine for the American Academy of Pediatrics from 2015 to 2021. Over the past three decades, Dr. Gold has enhanced her patients’ access to integrative medicine by expanding her clinical skills in osteopathic manipulation, hypnotherapy, Reiki, Chinese manual medicine, and medical acupuncture. She completed a 3-year doctorate in Medical Qi Gong in January 2017 and has received training in Ayurvedic Medicine and Transcendental Meditation. She has also received training in essential oils and aroma acupoint therapy from Peter Holmes, LAc. Dr. Gold is expanding pediatric integrative health care at the 7 NYP SBHCs by adding services including: osteopathic manipulation, acupuncture, acupressure, Auriculotherapy, yoga, mindfulness, meditation, aromatherapy, and clinical hypnosis. 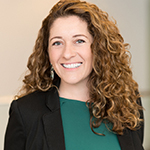 Elizabeth Amato, MHA
Elizabeth Amato is Vice President, SHIN-NY Programs at the New York eHealth Collaborative (NYeC). She is responsible for overseeing and fulfilling many critical tasks through NYeC’s role as the State Designated Entity (SDE) in New York including the organization’s responsibilities and obligations as the prime contractor to NYS Department of Health and the SHIN-NY performance-based contracts with the Qualified Entities (QEs). Additionally, Elizabeth leads many aspects of the governance, coordination, and administration of the SHIN-NY enterprise as well as the formation, operations, and management of SHIN-NY Programs; many SHIN-NY programs provide funding assistance to providers and other healthcare entities to enable and support health information exchange.Prior to joining NYeC, she was Director of Health IT with a consulting firm where she helped physician practices, FQHCs, Health Homes, and other stakeholders implement EHRs and leverage HIE to reach Meaningful Use and improve their ability to coordinate care and improve health outcomes. Elizabeth has a Bachelor of Science in Psychology and Education and a Master of Science in Health Administration. 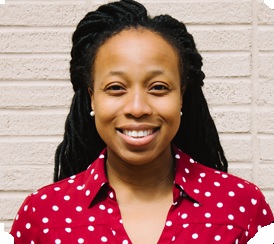 Ginelle Wynter, M.S.Ed.
Ginelle Wynter is the Senior Site Manager for Healthy and Ready to Learn at the Children’s Health Fund. Before her work her, she was a public school teacher in New York City. In her final year at Boston University, she began to learn about the true nature of the disparities facing students in inner cities and decided that working with students in the classroom could be a powerful way to make a positive impact on their lives. Upon returning home, she became a NYC teaching fellow and began teaching middle and high school science. Her time in the classroom quickly sparked an interest in public health. She found that many of her students struggled to do their best in school because they were dealing with chronic illnesses or other medical needs that were unmet. The experience taught her that students needed much more than good schools and teachers to be successful. In 2016 she joined the Healthy and Ready to Learn team, working to coordinate care for elementary school students and their families in West Harlem. Through this work, she has begun to foster a passion for supporting schools as they implement trauma sensitive practices that reflect the needs of the community. 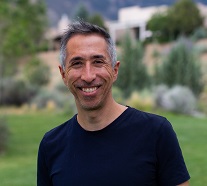 As chief evangelist for Apex’s approach to evaluation, Carlos Romero leads a passionate pursuit of Apex’ vision: Evaluation that works. He cultivates and nurtures new and existing relationships with organizations that are addressing barriers to academic, health, and social success for vulnerable children, youth, and their families.
Carlos spends a significant amount of energy ensuring the Apex team has the capacity and support to carry out this mission. He founded Apex in 1999. Other than a brief post-collegiate attempt at trying to be a race car driver, grantsmanship and program evaluation are all he’s ever done. He has over 25 years of experience in program planning, evaluation, and facilitation. He holds a Bachelor of Science in Political Science and a Master of Business Administration.
Carlos is Vice President of Finance for New Mexico Evaluators, and serves on the Board of Trustees for the Con Alma Health Foundation. He can make almost any conversation about IndyCar racing, including those that involve evaluation, and still dreams of being the oldest rookie ever at the Indy 500. 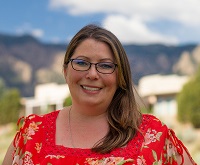 As a project manager for Apex, Jamie assists with data collection and reporting to clients and state agencies. She tracks project deliverables while cultivating relationships with clients. Jamie also plays a large role in the development of Apex’ technology system, the Data Hub, which includes a mobile data collection app and web-based data collection tools.

Jamie holds a Bachelor of Arts degree in Sociology with a minor in Psychology from the University of New Mexico and is pursuing a Master’s in Public Health. She grew up in and recently moved her family back to Edgewood, New Mexico. 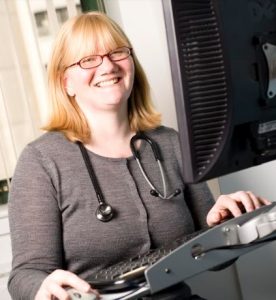 She has worked in School Based Health for the past several years at a SBHC affiliated with Mount Sinai Hospital in east Harlem, New York. 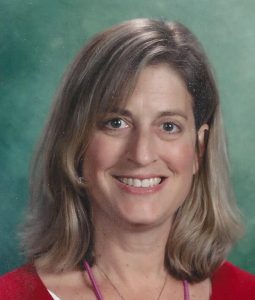 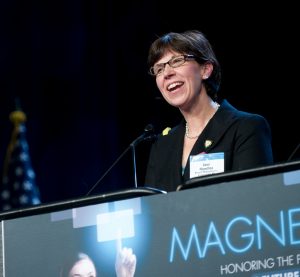 Michael Seserman, MPH
Michael Seserman is currently a Manager, for State and Primary Care Systems in New York with the American Cancer Society. Since joining ACS in 1999, Michael has focused on policy and system change with large organizations to advance cancer prevention especially in the areas of tobacco control, cancer screening and HPV vaccination. Before that, Michael was a Public Health Prevention Specialist at CDC where he supported the Office on Smoking and Health, the Division of HIV/AIDS, and later, the New York State Department of Health’s Bureau of Tobacco Control and the Division of Chronic Disease Prevention. 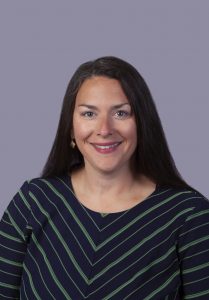 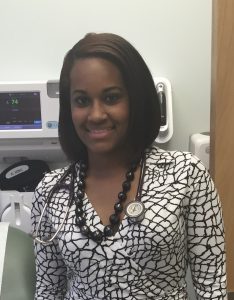 Dr. Kamila Barnes is a Family Nurse Practitioner currently working at Northwell Health School Based Health Center (SBHC) in Brooklyn, NY. She has been a FNP for 8 years and a RN for 12 years; primarily working in school based health as a NP. She completed her Doctorate (DNP) and Masters (MS) degrees at the University of Rochester, School of Nursing. She also graduated from Binghamton University with a Bachelors of Science in Nursing and minor in Spanish. She has served in various roles in nursing as clinician, translational researcher, educator, and mentor. She is also an active community volunteer in her nursing organizations as the 2nd VP of Greater New York City – Black Nurses Association, Inc. and President of Theta Chi Chapter, Inc. of Chi Eta Phi Sorority, Inc. She has received various accolades in the past; Sojourner Truth Award, Mary E Mahoney Award, and Marguerite Creth Jackson Award. 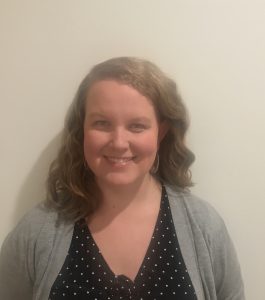 Dr. Nina Castelnuovo is a pediatrician at Montefiore Medical Center’s School-Based Health Program where she has been working in a preK-12 school. For the past year that school participated in a School-Based Medical Home transformation that is currently under final review by the NCQA. This summer Dr. Castelnuovo was promoted to Assistant Medical Director, a role which includes serving as the medical lead for SBMH transformation for the remaining 31 sites.

Tamie Kiniry is the Regional Director of Customer Engagement Services for HealtheConnections and has been a part of the health information exchange (HIE) world for the last 6 years. Her focus is outreach and education to the healthcare community, with experience guiding organizations through data contribution incentive programs and HIE workflow optimization. She is an accomplished presenter, sharing her knowledge with conferences throughout New York State and engaging healthcare organizations at all levels – administration, physician, and support staff alike. 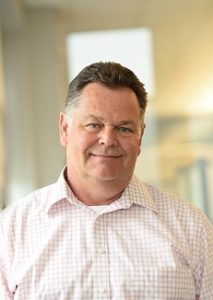 Stephen Gates is the Senior Manager of Customer Engagement for HEALTHeLINK. With more than 20 years of experience in customer service and improving efficiency through technology, Gates has been with the HEALTHeLINK account management team for more than a decade. He is responsible for the engagement and adoption of health information services and ongoing support and maintenance with participating providers.